Skip to content
HomeFrom Couch to …. My Reveiw of C25K

Welcome to my weekly Thursday Tryouts link-up! A weekly post I share with you my thoughts and experience of things I’ve tried out. Whether you had a positive or not so great experience, feel free to link up your own blog posts of tryout shares by adding your link to the link-up button at the end of this post. Plus don’t forget to mention the link-up in your blog post and link back her Now on to my topic for today!!

I got into running originally because my boyfriend really enjoyed it. Yet, even though I joined him for our last semester of high school in the Cross Country team a love for running never blossomed for me as it did for him. I personally applaud everyone for any efforts and progress they make in running. I hope no one uses my own personal thoughts or opinions of me or my experiences with running as a comparison to themselves. I’m just sharing my own personal opinions and thoughts of myself so that I can develop a picture of my emotions and journey for you.

I’ve always considered myself slow in running especially for someone my size. This has always been the case! I recently found a report of a fitness test I did in elementary and then again in high school and was embarrassed by the numbers! A thing to share another time! I won’t get too into my personal experiences and history with running quite yet just know that cardio, especially running, is a great struggle for me! I have always been quite surprised how out of breath I can become doing something as simple as walking up the stairs. One of the reasons I decided to commit to having running be a big goal of focus for me in 2016 is because I struggle so much with it.

When I originally started getting into fitness I avoided running too often but somehow still found myself signed up for 5ks. I didn’t have much of a problem running the entire distance non-stop, especially because three miles was the norm for a race during Cross Country. It was more so that I felt I was moving unbelievably slow and feeling way too worn out during the run.

I almost always skipped cardio when I hit the gym for a workout and my runs would span apart in weeks and even months. So finally I decided to invest my time and put in real effort to improving my running, and so I found the Couch to 5k program. I confess a big reason I chose this program was due to its popularity. There are so many random 5k training programs, and I’m sure you can even create your own after looking over a few. I felt that if I did a set program it would keep me more structured and accountable. One of the things I really liked was the availability of the C25K app which I downloaded on my Android for free.

The program is about nine weeks with three “runs” every week. The “runs” really consist of interval changes between walking and jogging. You can choose to track your progress through the program by measuring your runs by distance or time. The app, however, only gives you the option to structure your runs based on time as it does not measure the distance you run. I personally just chose to stick with the app and measured my runs by time.

I’ll be completely honest with you; I did not finish the program. At first I thought the program wasn’t too challenging. I wouldn’t be surprised if someone who already had a few runs in their routine might feel it to be too easy. I had no complaints though because I hadn’t run in quite a long time before starting the program. I think the program is definitely doable for someone who hardly ever runs, but can become intimidating all too quickly. I started this program with a few other girls who I found starting the program around the same time. Almost all of us started facing challenges around the half point mark of the program. I, personally, felt a spike in the time intervals from walking to jogging from one week to the next all too quickly.

I was originally doing quite well in getting my runs in at the beginning. I even ran a 5k during the program, but found my time had only gotten slower than I expected. Although I knew I could run the distance or the time allocated for the program in the app it was hard to get myself to run non-stop when I wasn’t in a race atmosphere. So when I hit that bump during the mid point I felt myself begin to struggle and have to stop to walk far earlier than the program stated. 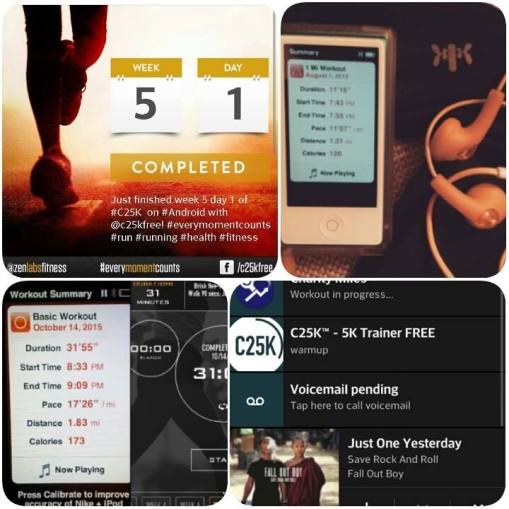 The program does suggest that you will most likely have to repeat weeks until you can progress to the next. This was something that actually bothered me because I felt I was moving backwards in having to repeat weeks when it wasn’t specifically part of the plan laid out originally. After awhile I started to feel I was becoming fatigued quicker in my runs, and felt myself only getting slower. So I decided to scrap the program, and focus on improving my breathing and pacing. I also felt I needed to work on my will power more and build my own mental cheerleader. Something I felt was not developing with the time focus of the C25K app because I was thinking more of the next walking break or considering how much left was to jog. I also know myself to have slacked off because it was more time based, whereas I feel if it is more focused on distance I will be driven to push myself to running the distance faster.

I haven’t had too many runs in my routine but have been doing more cardio, mostly HIT. I’ve heard many people have success with the program and even graduate to the Couch to 10K program, but I personally felt the program was not for me. I wasn’t seeing the progress I was craving and didn’t like the focus on time versus distance. Granted there is a distance measurement option that you can do on your own, which is sort of what I am pursuing now.

One of my top ten goals for 2016 is to master the 5k by improving my endurance and time. I want to be able to finish strong in 30 minutes or less, about the fastest I’ve ever been able to run a 5k. I’ve really wanted to try Heart Rate Training and will probably incorporate it more into my runs as I begin a new 5k Training program I’ve found and was recommended to try. I’ll be doing Hal Higdon’s 5k Novice Training plan focused on weekly distance increases in runs. This program also only has three runs a week which seems quite doable when you make the time and effort. I’m really excited to get back into running even though at the same time I know it will be a battle every run day to talk myself into it! If anyone wants to join me and work together on building running into our routines feel free to let me know! I have a sort of newbie runners accountability group going still. I originally created it for a handful of people looking to start the C25K program at the same time but since I have decided to try another program I am hoping to make it more general in running and share valuable information for those getting into running.

Feel free to email me at CurlyCaroline27@gmail.com or let me know you are interested below, as well as send on over any questions you might have about getting into running or further questions about these programs.

Have you tried any training programs for running? What were your thoughts?
How is your relationship with cardio or running? 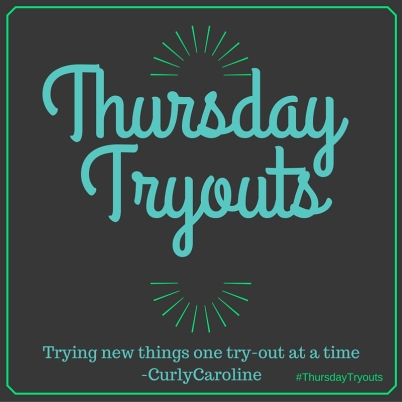 Nice to Meet You. My Name is Caroline.

Let’s Get Strong, Healthy, and Confident Together!